Jump to Recipe Print Recipe
Treat yourself to a delicious breakfast with these easy homemade cinnamon rolls. This recipe uses yeasted dough and makes 8 amazing cinnamon rolls, so it’s perfect for sharing with the whole family. This recipe also includes a simple glaze made with milk and confectioners’ (powdered) sugar.
Few things in life are more perfect than a warm, homemade cinnamon roll on a lazy weekend morning. The warm cinnamon flavor, the sweet sugary glaze…not to mention your kitchen smells amazing! However, working with a yeast dough can be intimidating, especially if you’re new to baking. But not to worry! I’m going to roll our recipe down into some chewable bites that may even inspire you to try other yeast recipes. Ready to roll? Me, too!
First, let’s gather our ingredients. Here’s what you’ll need: this …
If you’re having trouble finding some of these ingredients, here are some easy swaps. If you’re out of eggs and can’t make a trip to the store, just add an extra tablespoon of milk in place of the egg yolk. The milk will help make up for the lost moisture and fat from the egg. No bread flour? No problem. You can use all-purpose flour instead. Just keep in mind that the dough might be a little sticky, since all-purpose has less protein in it than bread flour. If that happens, just add a tablespoon or so more all-purpose until the dough is easy to handle.

How to Use Active Dry Yeast

The pros will tell you that baking is a science, especially when it comes to working with yeast. The first step is to proof it, aka rehydrate it. A fun fact I learned in culinary school – they call it ‘proofing’ because you want to prove that the yeast is still alive and working as it should. And the best way to make sure your yeast is alive is to feed it. Warm milk is used to awaken the yeast and then sugar is added to feed it. The yeast will prove itself to us when it gets nice and foamy after letting it sit for a bit. The finicky thing about yeast is that it’s a bit of a Goldilocks. If our milk is too hot, the yeast will die. If the milk is too cold, the yeast will die. Therefore, we want milk that’s just right. To make warm milk, gently and slowly heat it to about 105 degrees F. You can do this in the microwave or in a small saucepan on the stove. Be very careful not to overheat the milk or it can scorch. Slow and steady wins the race. The best way to check and see if your milk is warm enough is to use a thermometer. However, you can also use your skin to test the temperature. The milk should feel like nice, warm bath water, slightly warmer than your body temperature. Once it’s warm, put it in a large bowl, add the yeast and top it off with 1 tablespoon of granulated sugar. Stir it gently and then let it sit for about 5 to 10 minutes, or until it’s nice and foamy. That’s your proof the yeast is working! Isn’t science fun?! Before adding the butter, we want to make sure it’s nice and soft. You can soften your butter by bringing it out of the fridge an hour or so before you start making your cinnamon rolls. You can also cut it into small cubes and leave it out a room temperature, which will help it warm up quickly. The butter can be softened in the microwave at half power for a few seconds at a time. Be super careful you don’t melt the butter – we just want it softened, not melted. Once your butter is soft, add it – along with the other tablespoon of sugar, the egg yolk, vanilla extract and salt – to the yeast mixture. Mix with an electric mixer (prepped with a dough hook) on medium speed until combined. If you don’t have a dough hook, you can also mix it by hand Once everything is combined, gradually add the flour and continue mixing until a smooth, elastic dough forms, which should take about 2 to 4 minutes. If you’re mixing by hand, mix until the dough becomes “shaggy”, then knead it on a lightly floured surface until it becomes smooth and elastic. Spray a large bowl with vegetable spray (or a light coating of oil) and form your dough into a ball. Place it in the bowl, cover with plastic wrap so it’s nice and cozy and place the dough somewhere warm to rise. The top of a warm oven works well, or you can put it in a cool oven with the light on. The top of a high shelf or on top of the fridge are also good spots. Allow the dough to rise for about 45 minutes, or until it has doubled in size. While the dough rises, we can get started on the filling. Simply stir together the softened butter, sugar, flour and cinnamon. While you’re at it, you can also spray your 9 in. pan with vegetable pan spray and set it aside for later.

How to Make the Cinnamon Rolls

Now comes the fun part – assembling! First, punch the dough down. No need to attack the dough with an actual full-force punch. Simply form your hand into a fist and gently push it into the center of the dough. The purpose of punching down the dough is to help remove air pockets that formed while the dough was rising. This will help give your bread a nice fine grain. Now it’s time to roll! Turn the dough out onto a lightly floured surface. Use your fingers to shape the dough into a rectangle, then use a rolling pin to enlarge the shape. As you roll the dough, just roll in one direction at a time. Don’t go back and forth with the rolling pin. Roll from front to back of the rectangle and then from left to right. There’s no need to apply too much pressure here since this is a soft dough. As your rectangle begins to form, start in the middle of the dough and roll out towards each corner, gently forming a more defined shape. If it starts to lose its rectangle shape, pat it back into position with your hands. Even it out again by going front to back and left to right until you have a 12 in. x10 in. rectangle. Don’t beat yourself up over getting a perfect shape. Cinnamon roll dough is very forgiving! Rolling and Baking Your Cinnamon Rolls

Starting from the long end of the rectangle, begin rolling up your dough, like you would a jelly roll. Make sure the cylinder is tight so the rolls hold their shape. Once you’re done rolling, pinch the seam to seal all the good stuff inside and place it seam side down on a cutting board. Using a sharp knife, trim off the ends and cut into 8 equally sized pieces. Place the rolls into the prepared baking pan, spacing them evenly apart (if there’s space for those trimmed ends, throw those in, too! You can snack on those yourself!). They’ll look like they don’t fill the pan well enough, but don’t worry, they’re going to grow into beautiful cinnamon rolls. Cover the rolls again with plastic wrap and let them rise in a warm spot for 25 to 30 minutes, or until they double in size. Now it’s time to bake! Preheat the oven to 350° F. Remove the plastic wrap and bake in preheated oven for 25 to 29 minutes, or until golden brown. Soon your home will be full of the comforting smell of homemade cinnamon rolls! No cinnamon roll is complete without glaze! For this easy glaze recipe, simply stir together 3/4 cup confectioners’ sugar and 1 tablespoon milk in a small bowl. You can add more sugar or more milk if the glaze is too thin or too thick. Carefully drizzle the cinnamon roll icing glaze over the rolls. These are best served when they’re still warm- with a hot cup of coffee. And remember what Lemony Snicket said, “Anyone who gives you a cinnamon roll fresh out of the oven is a friend for life.” Enjoy! Was this cinnamon roll recipe easy to follow? Did you think it was a great recipe? Did your family love it? Share your thoughts and a pic on Instagram, Twitter or Facebook and be sure to tag us @wiltoncakes. ​Looking for more delicious recipes that are packed with cinnamon flavor?  Check these out: These delicious cinnamon rolls are easier to make than you might think! Learn everything you need to know to make them from scratch, including the dough, the filling and the glaze.
Be the First to Review!
Pin Recipe Print Recipe
Prep Time 2 hrs
Total Time 2 hrs 25 mins
Course Breakfast, Dessert
Servings 8 cinnamon rolls

Tried this recipe?Take a picture and tag us @WiltonCakes on Instagram 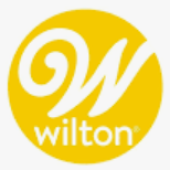 Since 1929, the Wilton Team of bakers has been inspiring the joy of creativity in everyone, everywhere, every day. From big milestone celebrations to simply baking in the kitchen with your loved ones, the Wilton team is here to be your trusted guide, your secret ingredient, ready to help you shine with tips, tricks and solutions that enable you to be your most creative self. No matter where you are on your baking journey, Wilton is here to help you bake your world happy.